Flowering Baby  is a fun and interactive twenty to forty minutes a day program for children from birth to 5 years old. The program is designed by year and broken down by months but the creators understand that children learn at different rates. As the parent, you may start the program at any time and in any given year. "Our program is very academically and cognitively rigorous.  For that reason we want you to feel comfortable to scale back or push ahead, as needed, to suit the needs, desires and abilities of your child." While completing the activities, the child will be working on her cognitive, language, gross motor and fine motor, social, emotional and self help competencies. In addition, the program uses music to build thinking skills. Volume 2: One to Two Years and Volume 3: Two to Three Years were the two DVDs I received for review. Each curriculum includes twenty or more activities per month. Until the age of three, the activities are based on age alone. Beginning with the age of three, the DVDs offer a monthly section (organized by calendar month) which includes math, language, science, and a themed section. The themed sections are mini-unit studies.

$30 Sample of a full month Volume 3: Two to Three Years

Completing some of the activities found in Flowering Baby was so  much fun for all of us. In December and January, I watched my 3 year old nephew. Once I received the package for review, I used many of the activities not only with him but also with my 2 year old daughter. I actually had my 7 year old also complete many of the lessons with us. It was really a family program. I appreciated how the program divided all of the activities into two DVDs. Each DVD offered lessons geared to children in different developmental levels which made it easy for me to use with both of the younger kids. One of my favorite activities was sitting both of the younger children in front of the mirror found in the bathroom. I asked both of them to point to certain facial features on their faces and later they pointed to the same parts on mine. For this activity, we also took face crayons and colored the facial parts I mentioned. This was so much fun for all of us. While we were coloring each other's faces, I had classical music playing in the background. Playing music was a suggestion made in this program and I loved it.  At times, I would have my oldest read some of the suggested books to the younger two. They loved having her read to them and it gave me a few minutes to get other things accomplished. If I was unable to find a suggested book, I was able to use one of my own. There were other times that I was able to have my oldest become involved in our lessons. For example, there was an activity that suggested for the child to cut out pictures from a magazine and use the picture to tell a story. I had all of the kids pick out what pictures they wanted me to cut out and they glued them onto a piece of paper. For the 7 year old, she also wrote a few sentences describing her story. Once she completed this assignment she  stood in front of us and recited her story. This actually encouraged the younger two to do the same. They took their paper, stood in front of us, and in their own language (lol) recited their story.  VERY CUTE!! Once my nephew went back home, it was a bit challenging to complete some of the activities found in Volume 3. I still read some of the suggested books to my two year old, sang some of the songs, and had classical music like Tchaikovsky playing in the back ground. As far as the activities though, they were a bit challenging for her. Since the program is flexible, not being able to complete the hands on activities  was not a big deal. Having a two year old is a bit challenging when trying to homeschool. On some days, she was very excited to do what ever activity was in front of her and on other days she would just walk around the garage ( we converted into classroom) and play with her dolls. There was another activity that asked for the adult to say the child's full name and the have her recite it back. So I would say her name, she would point at herself, and then she would say all of the cats' names. Thank God we only have two. We tried this for a few minutes in hopes that she would repeat her full name (She does say her first name.) but she didn't, so we just moved on.:) For some of the other activities, the kids were asked to count up to 3. Since I know Spanish, we would recite the numbers in English and in Spanish. We all enjoyed this program and we would recommend it.

I appreciated the program's flexibility to be able to break up the activities. Sometimes my daughter and
nephew were willing to sit for an extended amount of time and sometimes I could not get them to sit at all.
On those days, I would read the books suggested and have the music playing in the back ground while they
played with each other. Some of the books suggested I was unable to find in the library so I just used the
ones that I had. We really enjoyed singing the songs. Well, I enjoyed singing the songs. The kids would just
run around and dance. Many of the books, songs, and supplies suggested I already had at home which made the activities inexpensive to make. If I did not have a particular CD, I would try to find the song on You Tube. For example, I found the composer Haydn. While my daughter learned about the color brown and the triangle, I had the song playing in the back ground. I really enjoyed Flowering Baby and I would recommend it. 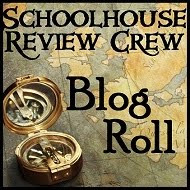 I have received this product free of charge for review purposes.