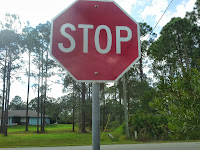 Unfortunately, many have been victims of someone desiring the power over others or someone just simply being mean. I remember having lunch in the cafeteria of my middle school. A good friend of mine was sitting across from me. (She came from a single parent home and money was tight.) My girlfriend was made fun of and she started to cry. I myself was bulled while in middle school. I had braces on my teeth and I recall being called "fish lips." While in elementary, I remember being in the school bus and a boy asking me why I chewed gum like a cow. His comment has really made me pretty self cautious. Now as an adult, I look back and actually feel pretty bad for these "bullies." I wonder if they were themselves abused at home or what the situation was that they felt the need to ridicule someone to make themselves feel better about themselves.


What Does Bullying Mean?

According to Wikipedia, "Bullying is the use of force, threat, or coercion to abuse, intimidate, or aggressively to impose domination over others. The behavior is often repeated and habitual."

According to Education.com, "Bullying is comprised of direct behaviors such as teasing, taunting, threatening, hitting, and stealing that are initiated by one or more students against a victim. In addition to direct attacks, bullying may also be more indirect by causing a student to be socially isolated through intentional exclusion. While boys typically engage in direct bullying methods, girls who bully are more apt to utilize these more subtle indirect strategies, such as spreading rumors and enforcing social isolation (Ahmad & Smith, 1994; Smith & Sharp, 1994). Whether the bullying is direct or indirect, the key component of bullying is that the physical or psychological intimidation occurs repeatedly over time to create an ongoing pattern of harassment and abuse (Batsche & Knoff, 1994; Olweus, 1993)."

"Bullying has become a tidal wave of epic proportions. Although bullying was once considered a rite of passage, parents, educators, and community leaders now see bullying as a devastating form of abuse that can have long-term effects on youthful victims, robbing them of self-esteem, isolating them from their peers, causing them to drop out of school, and even prompting health problems and suicide." NCPC

What are the traits of children who bully?

According to Web MD., here they are:

1) Children who bully are often physically strong. They may bully because they like the feeling of power. They may be kids who do things without thinking first and may not follow rules. These boys and girls have not learned to think about the feelings of other people.

2) Kids who physically bully others sometimes come from homes where adults fight or hurt each other. They may pick on other kids because they have been bullied themselves.

Is there an increase in bullying from 1993 to Present?

"A recent study by the Family and Work Institute reported that one-third of youth are bullied at least once a month, while others say six out of 10 American teens witness bullying at least once a day. Witnessing bullying can be harmful, too, as it may make the witness feel helpless - or that he or she is the next target." NCPC

"Various reports and studies have established that approximately 15% of students are either bullied regularly or are initiators of bullying behavior (Olweus, 1993)." Education.com

Has the increase in technology caused a rise on bullying? "Technology has allowed bullying to go mobile, and it's this type of bullying is not bound by geography," says Glenn Stutzky a social work professor at Michigan State University. "You don't have to be in the same place, and it's not bound by time. It's like being electronically bound to your tormentors. You can't get, you know, away." says Glenn Stutzky. Technology


What do we as parents do if our child is being bullied?

Focus on The Family mentioned the following signs that may indicate a child is being harassed:


Parents need to ask their children questions and try to find out what is going on. If there has been some bullying, parents need to make an appointment with the principal or any personal that is responsible for handling this kind of matter. Before the meeting, try to have as much documentation as possible. It would be really difficult for anyone to deal with a situation based on opinions. "You may want to arrange a meeting with the perpetrator and one or both of his parents in a school official's office. Your posture should be calm, but resolute: Look the bully in the eye and make it abundantly clear that even one further episode will bring disastrous consequences and that you expect his parents to cooperate." (Focus on The Family)

If the administrators do not want to become involved or do not intervene and take appropriate action, please contact the police. "If the problem involves risks of extreme violence or gang activity, you will need to seek advice from law-enforcement personnel. In a worst-case scenario, a change of school (or home schooling) may be necessary to bring your child or adolescent through this situation in one piece. Do whatever it takes (within the bounds of the law) to protect your child's safety and self-respect. "(Focus on The Family)

Please click on this link and read about a special needs girl and her experience with bullying.

This link will take you to a very sad story about a little girl that committed suicide because she had been tormented for a year.

May these songs and Bible verse refresh your heart and  remind you of Who you belong to.

13 For you created my inmost being; you knit me together in my mother's womb. 14 I praise you because I am fearfully and wonderfully made; your works are wonderful, I know that full well. 15 My frame was not hidden from you when I was made in the secret place. When I was woven together in the depths of the earth, 16 your eyes saw my unformed body. All the days ordained for me were written in your book before one of them came to be.

Lets stand together and not allow this behavior to continue.